Another amazing year in Elfin Cove is finished.  The big story this year was the King Salmon!  This was the year to fish in June for Kings!  One night I counted 24 King Salmon on the dock waiting their turn to be filleted.  We did not break any records for big ones, but they were plentiful and fun to catch.  Most were caught trolling at 90’ or deeper.

The peak of the Halibut seemed to be July 20 - 26.  We only had 17 guests at the lodge this week and there were 18 Halibut over 90 lbs caught this week.  One was caught in less than 80’ of water and was over 170 lbs.  Another one was caught on a salmon rod while jigging for sea bass it was over 100 lbs.  It was a crazy week and it seemed like the halibut were everywhere.  About a week before this the pink salmon arrived in big numbers, it appeared to us that the halibut were following in the big schools of Pinks.  Biggest Halibut for the year was 193 lbs - It was caught by Clay from Utah.

Silver salmon were a roller coaster.  We started catching them end of June like normal and then we had an earthquake near Cape Spencer.  This created a release of some cold water and the Silvers stayed off shore for a few weeks avoiding the colder water in Cross Sound.  After that they seemed to come in waves.  We would have a week or so of really good fishing then we would have a few days of slow fishing.

The weather this summer was normal Alaska weather.  We had some good stretches of sunshine and some steady rain at times.  We did have one good storm in late August the wind gusts were over 37 knots.

Thank you very much for fishing with us in Elfin Cove this summer!  Mary and I are very grateful to all of you for the friendship, support, and kindness that you have shown toward us and our family.  We hope to see you all again in 2015!

I'm busy working on my blog posts. Watch this space! 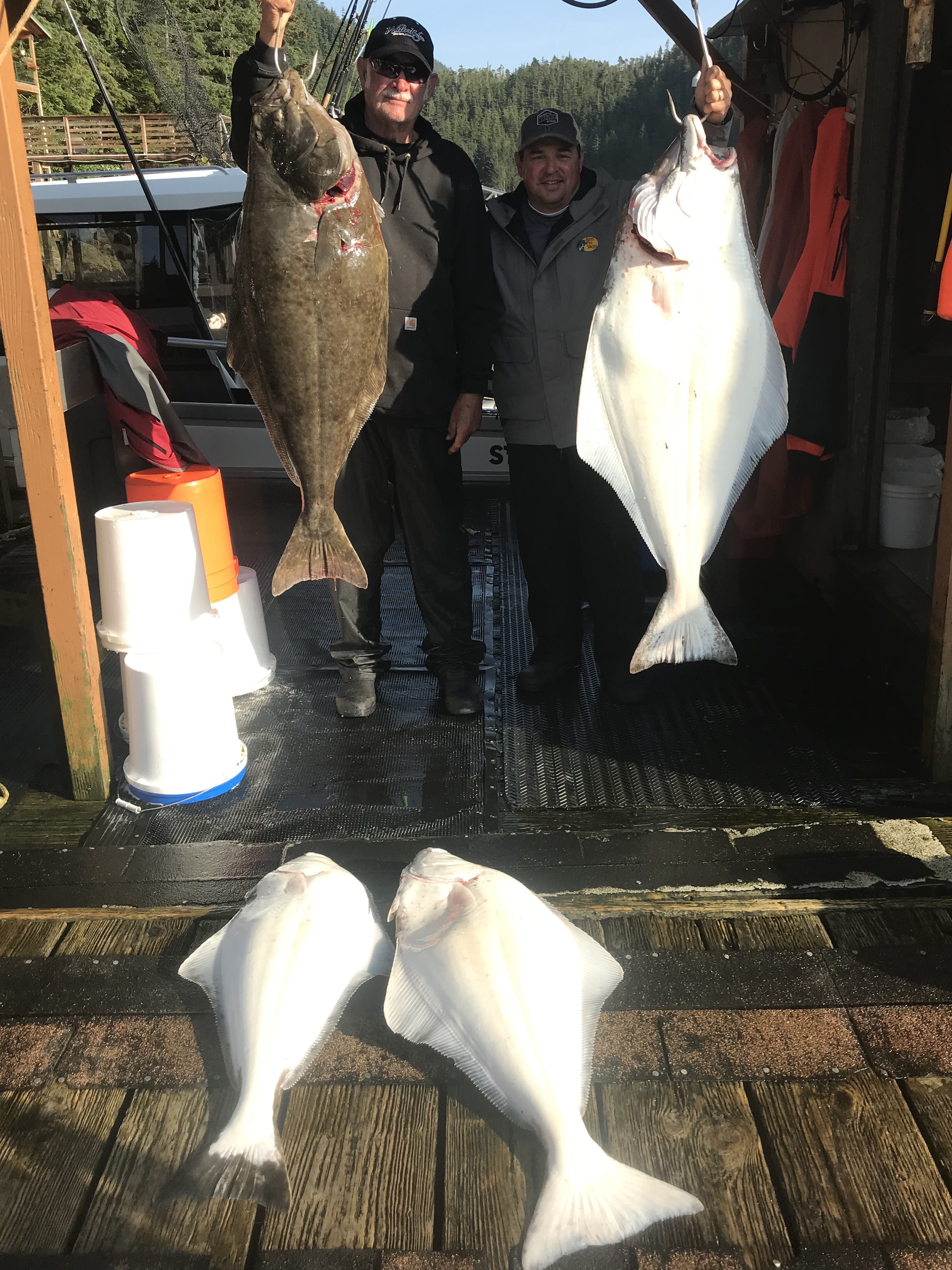 Fish Tacos and Fishing Off the Dock