I still feel very lucky to be here with guests fishing. Hoping that this craziness will end soon! We had a slow start to our week, but by the end of the week things were well on their way back to normal.

The highlight for the week came from Jerry's boat. He called in on the radio and said he had a 77" halibut in the boat. It was great to share in his and John's excitement as they came into the dock. We heard about the 77" one but they also caught a 134lb right after they landed the 230 lb one. Pretty fun to see John and Jerry smiling from ear to ear.

I would say this week the halibut slowed down quite a bit, still not a bad week just not the crazy numbers that we were seeing at the end of June.

Salmon was slow at the beginning of the week but by Friday things were starting to pick back up. Silvers were caught in front of Yakobi and in front of Three Hill. Pinks are also still being brought in. 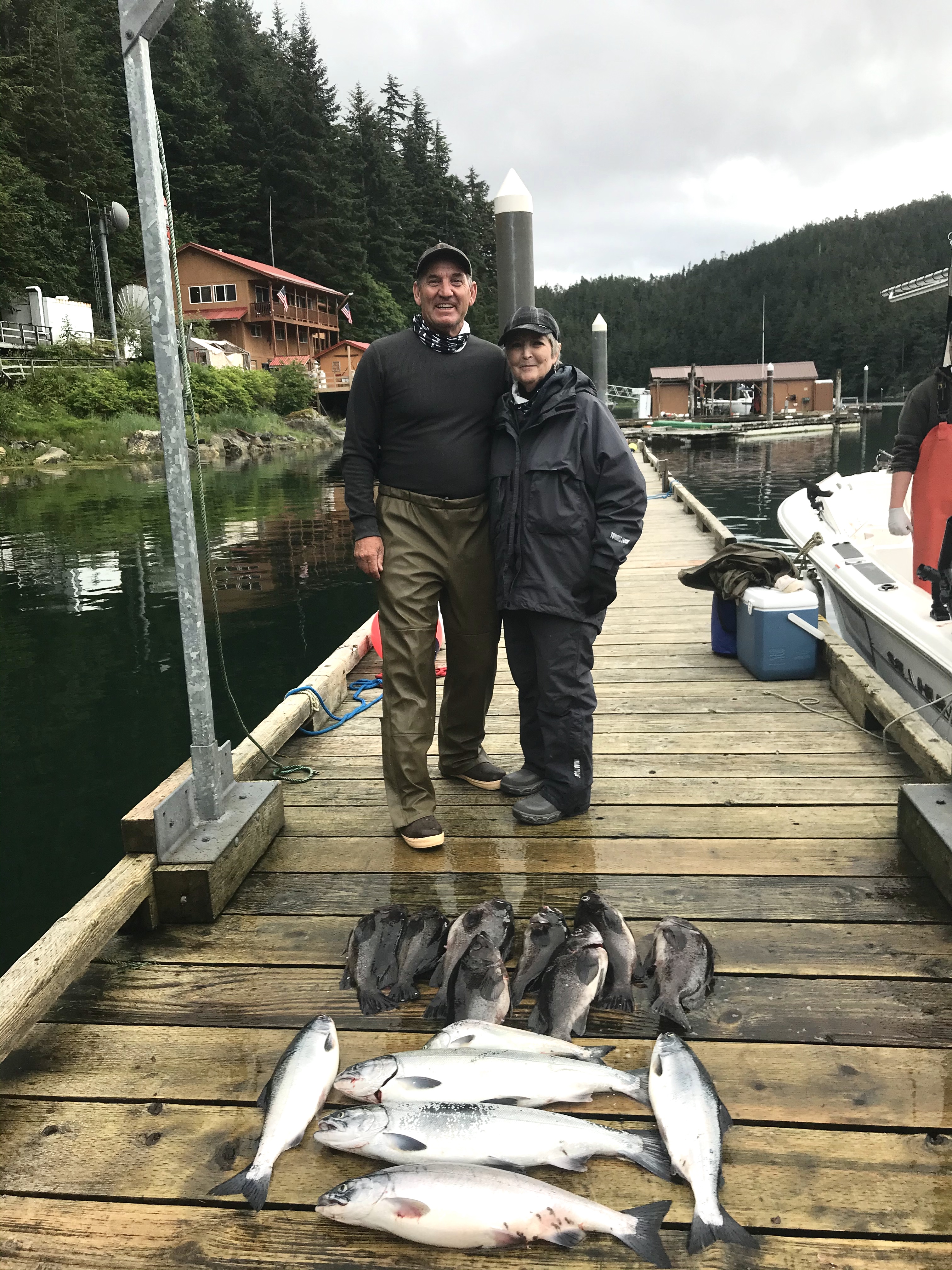